Dustin Bajer is an Educator, Master Gardener, and Beekeeper Living in Edmonton, Canada.

The first time I can remember seeing inside a beehive was at the John Janzen Nature Centre in Edmonton’s River Valley. The purposeful but seemingly random movement of these tiny-creatures was fascinating.

A few years later, my Dad came home with some used beekeeping equipment and a package of honeybees and set the hive up on the acreage. I would later learn that the equipment had belonged to my grandfather. Their docile nature was surprising to me.

A Hive Of My Own

Fast-forward to 2011, and I’ve moved to the City, completed an education degree (in physics and mathematics, of all things), and bought an old heritage home. An avid gardener with a yard of my own,  I began thinking about Dad’s hobby hive. While brushing up on my beekeeping knowledge, I stumbled across “Beekeeping For All” by Abbe Warre in an issue of Permaculture Magazine.

In 2011, I built a traditional Warre hive and ordered a package of honeybees. While the bees took to the Warre Hive, the lack of frames meant that the bees would eventually attach the comb to the sides of the boxes. Missing the versatility of standard frames, I modified the Warre hive, and the Beecentric Hive was born.

The Beecentric Hive is an eight-frame Langstroth hive (Illinois Hive) with a Warre style insulated top-quilt and vented roof. Narrower than commercial ten-frame hives, the dimensions place food stores above the bees where it’s more accessible. The insulated top-quilt significantly increases the r-value over the standard lid while allowing excess moisture to escape through the vented roof.

While I never intended to get into building beehives beyond my own needs, orders from friends convinced me to scale up my production. In 2013, I created this website and started taking orders for the growing local beekeeping community. In 2018, I built a new shop and began shipping hives across Canada and the United States. 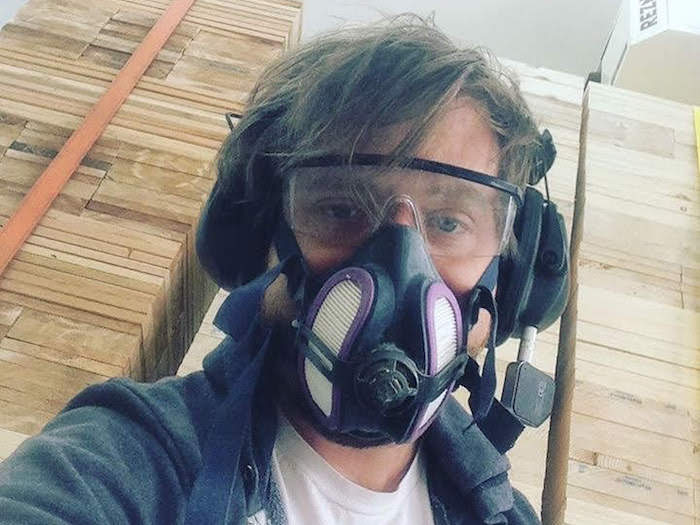 Coming full-circle, I now teach City of Edmonton approved beekeeping courses at that same Nature Centre I visited decades earlier. The Edmonton beekeeping certificate can be taken over two days or as four smaller beekeeping classes.

In addition to managing my colonies, I manage beehives for other people or organizations. Presently, I take care of four Beecentric Hives at the Edmonton Valley Zoo, ten beehives as part of the Northlands Youth Beekeeping Club, and two beehives on top of the Edmonton Expo Centre. I also regularly offer advice to other beekeepers, help troubleshoot, and assist in hive inspections.

You can learn more about Dustin Bajer and his many other projects at DustinBajer.com or ForestCityPlants.com